Does the city need a logo / visual identification? Analysis of the problems on the example of the city of Gliwice

Man is born with a clear set of character traits, unique to himself, and with a specific body structure. Without a shadow of a doubt, we can assume that apart from the situation when twins are born (Wikipedia states that it is 1.25% of all pregnancies and about 2.5% of births) in most cases, unique homo sapiens come to the world. 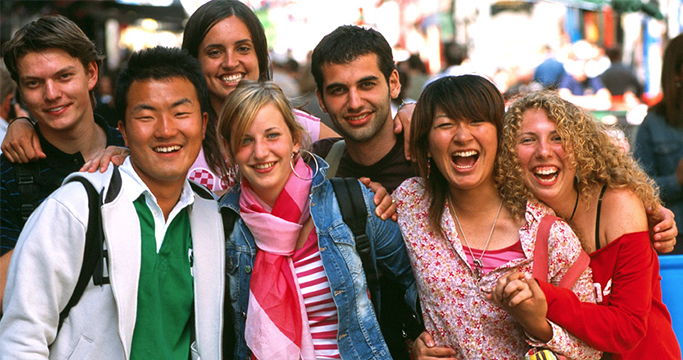 From the first moments of our life, we create groups, communities, associations, organizations and, at a later stage, often companies that apart from the unique name also distinguish themselves by working on different market, and having dedicated goal. However, it is still not enough for a human being. We create, for the needs of these entities, logos, websites and all kinds of other elements of visual identification. All this for one purpose.

Why then is it surprising that the settlement / territorial self-government unit also reaches for an effective tool for creating and distinguishing one’s image, that is visual identification? And going deeper into the theme, logo in the first place?

Why, every time a city, a commune or a village tries to stand out, it meets with such a diverse and often extreme opinion from society?

That is the nature of man. In the case of cities, the situation is also not improved by the fact that there are so many units in the world that it is difficult to distinguish themselves with the coat of arms. Within one province, we can meet cities with almost identical twin coats of arms.

The world is growing and with it a man and his need to stand out.

So what if we assume that the city needs its own logo and identification for marketing purposes? How to approach the subject and how to do it right?

I will try to answer, based on the example of the city of Gliwice. I was born in Zabrze (neighborhood city), however, my entire professional life is associated with Gliwice, often called the ”Polish silicon valley”.

1. The right project team on the side of the client

At the very beginning, the city may interrupt the potential success of the project by designating an official officer from room 5 to the organization. Even worse, if a clerk without basic knowledge and qualifications receives full decision-making in this matter. Creating visual identity for such a large unit is always a process that requires continuous cooperation of experts on both sides. What is important, you do not become expert in visual identification after graduation in a similar field, but after creating or co-creating many similar projects.

If, however, we are not able to build a team of specialists on your side, let’s not pretend otherwise. Let us work freely and trust the decisions of the performers. Because, after all, we hire a specialist like that?

In this case, we touch a bit of a wider problem ”I am not expert, so will speak my mind.”. The paradox is that we do not know many people who dared to say that they would build an iPhone better, but in the case of graphic designs this situation is every day. I guess the Pole has too little respect for this profession, public awareness is also low.

2. Proper preparation of the project team on the part of the client

We do not ask the city to know how to do it, but we (graphic designers) at least require from them to know what they want to do and why they want to do. The whim of the president, councilor or ordinary official (“maybe we will do a cool cool logo !?”) may turn out to be a completely misplaced idea and erroneously issued several dozen or several hundred thousand zlotys from the City budget, usually collected from all its citizens.

3. The right project team on the contractor’s side

Once we know what we want to do and why we do it, and we have chosen the right person / team to organize the venture, then there is nothing left to decide on the choice of contractor.

It may be a Gliwice, a Silesian, a Pole, and even a European or an Asian. It is important to be an expert with relevant experience and portfolio, as well as a person / team who knows the issues of this particular order or can easily and quickly learn about it.

4. Selection of the appropriate design process

Should we close for a month in a windowless room and produce 3, 5 or 10 ready proposals and choose the best one? Or maybe it is better to develop a smaller number of ready-made proposals or to limit yourself to one, but one that was created using an agile and flexible design process? Unfortunately, the answer for an experienced team of designers is much more obvious than for an official with administrative education.

In short, there is no point in creating 10 ready proposals, 9 of which will land in a basket / drawer. The most reasonable solution, which ensures the desired quality, the right time ergonomics (ratio of duration of implementation to financial resources, which were allocated for this purpose) is the creation of an appropriate number of working (fulfilling the assumptions) concept, and then working out one ready proposal on their basis.

This is probably the most important stage of the entire process. Proper preparation and research of issues is the key to success. To make a list of issues that could be explored on this subject, I would have to prepare a separate entry, maybe one day!

Facebook was not the first social networking site. Mark Zuckerberg and his team succeeded and defeated the competition because he thoroughly examined it and thanks to that he learned what works, what does not work and what he can do better or differently.

7. Consultation with the inhabitants / recipient of the project

There is no such thing as too much knowledge. Nobody is an alpha and omega. The team of experts, even after completing long and very effective research, can always deepen its knowledge and change its assumptions or adjust them when it confronts them with the target group and looks at the whole with a slightly different perspective.

I think that in the case of visual identification of the city, it is particularly important to define the form of the logo before proceeding to the final creative process. If we have our own unique, well-evaluated and well-liked coat of arms, maybe we should put it on its continuation or refreshment rather than create a completely separate entity … and vice versa.

9. Implementation of the project based on cooperation and partnership, not taking on the role of”I pay = I decide and I demand!”

The case of the Gliwice city logo, specifically the projects created by the Rio Creativo studio from Słupsk, prompts us to ask the question-“What did not work?” 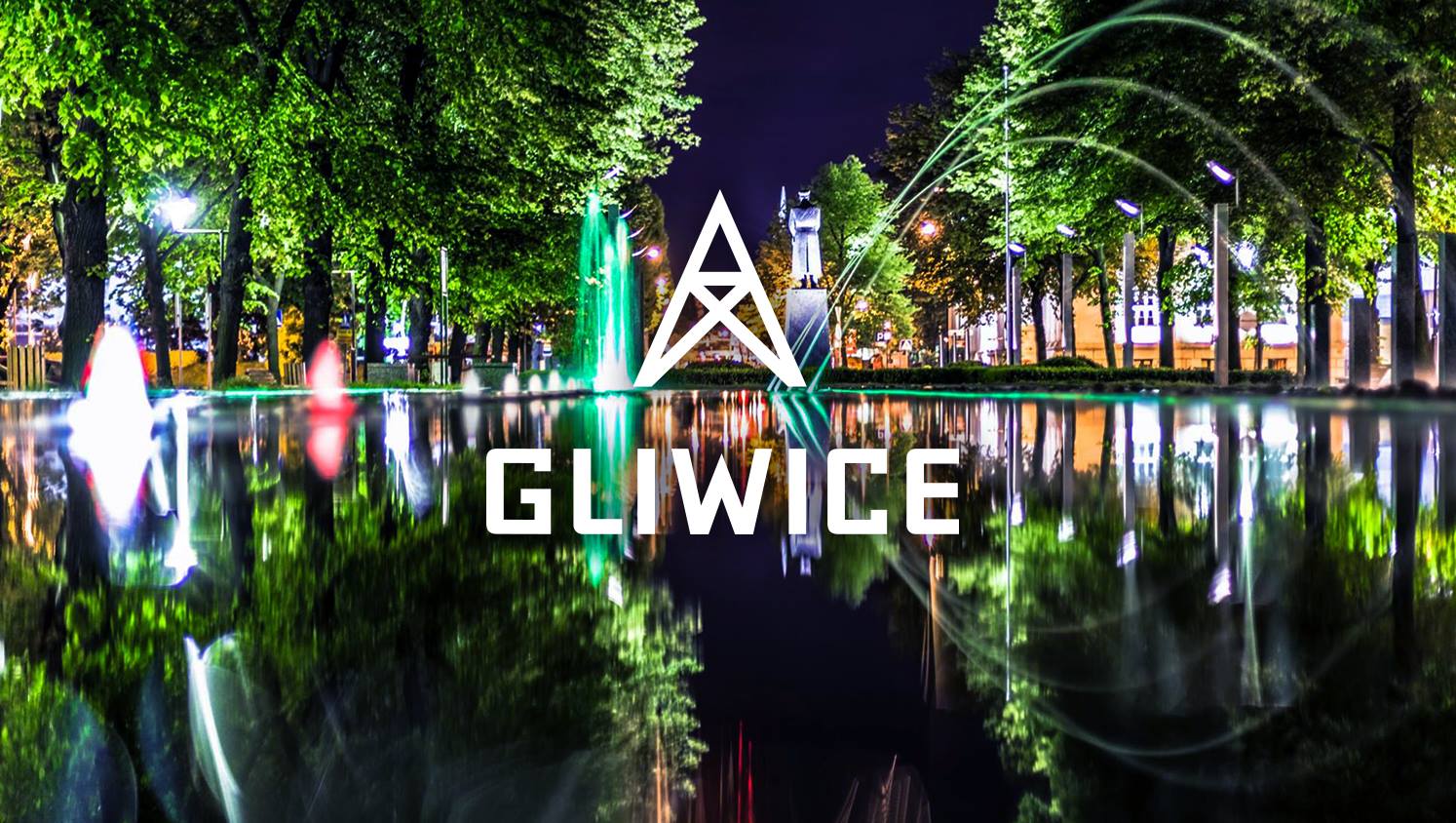 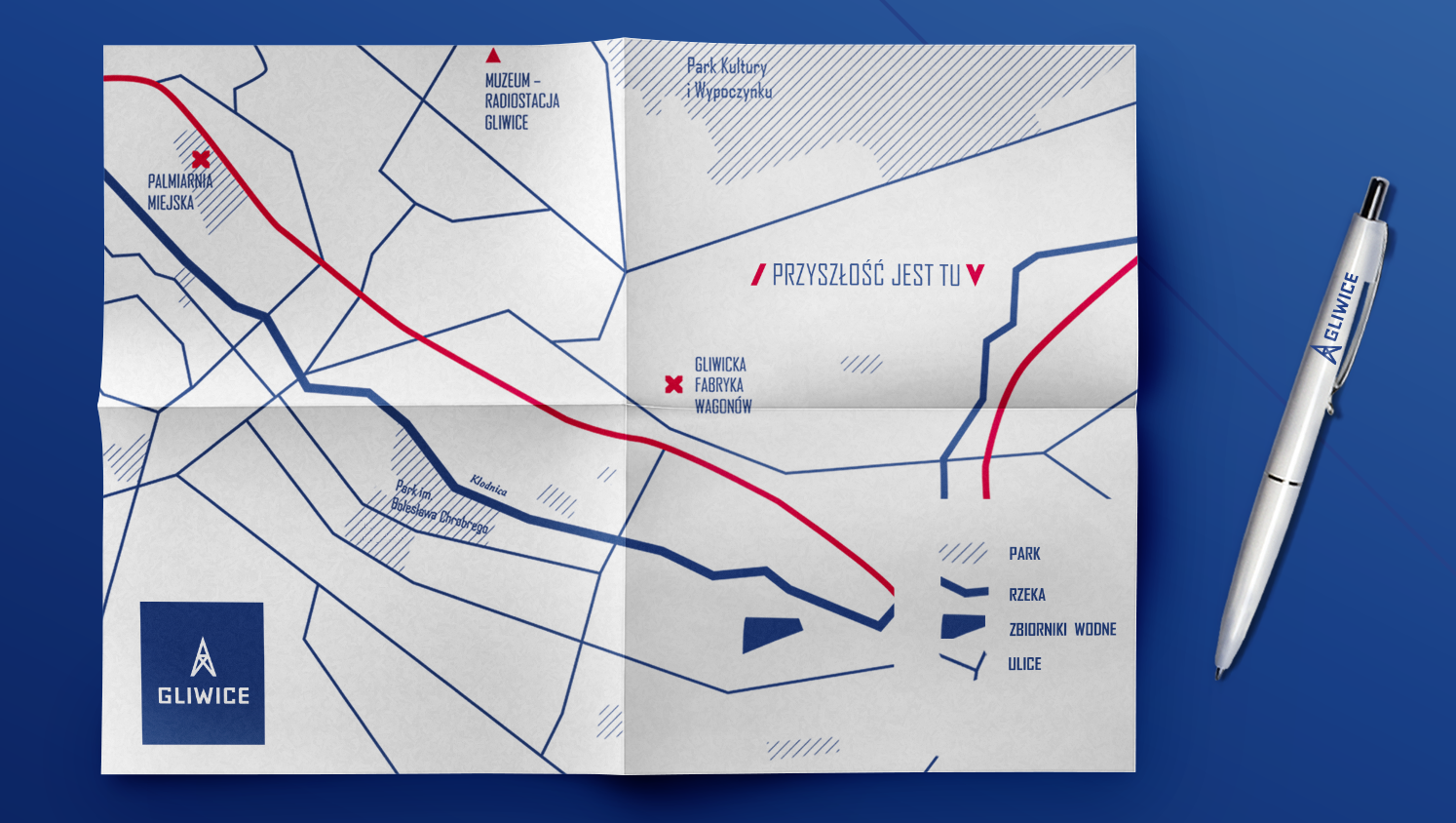 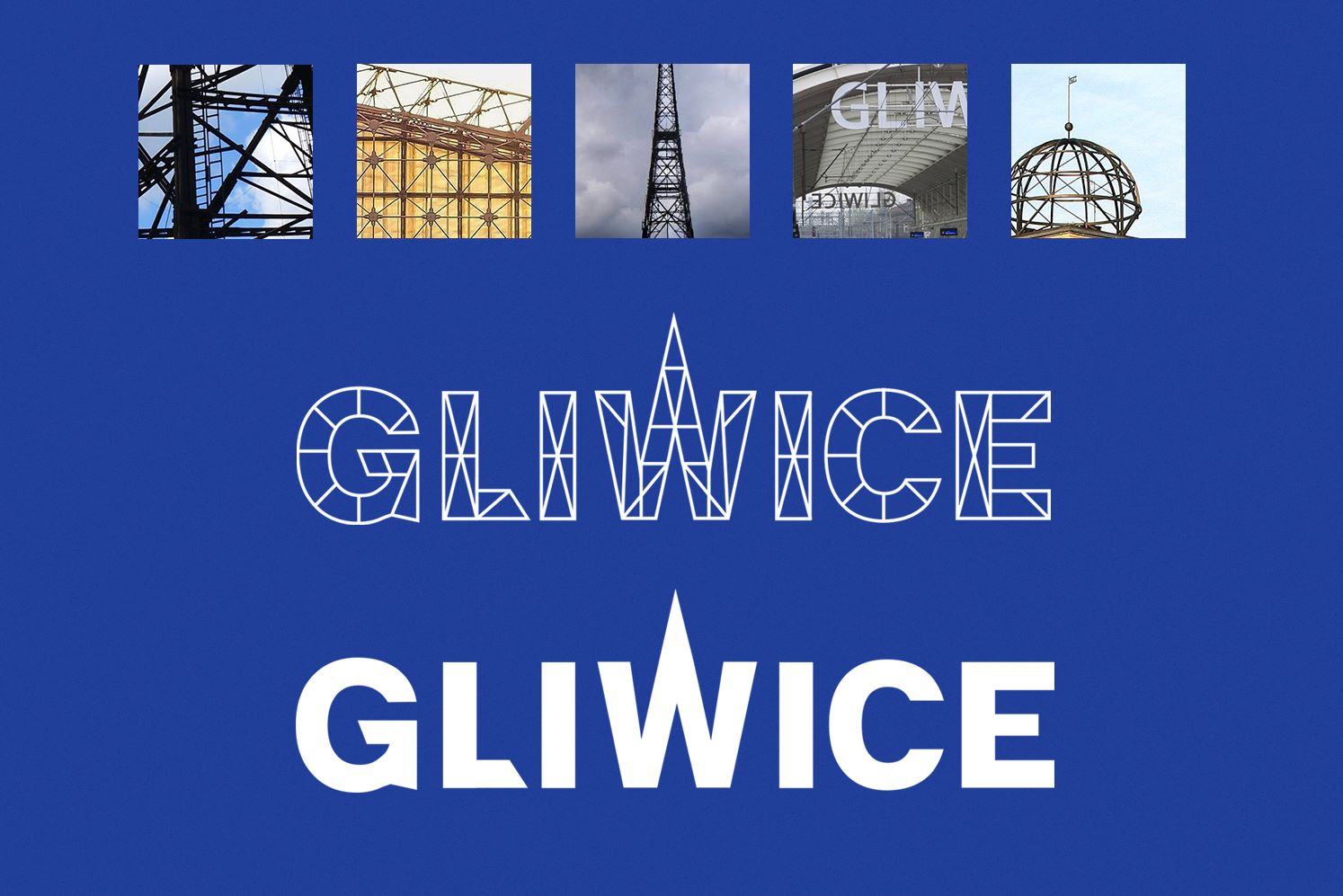 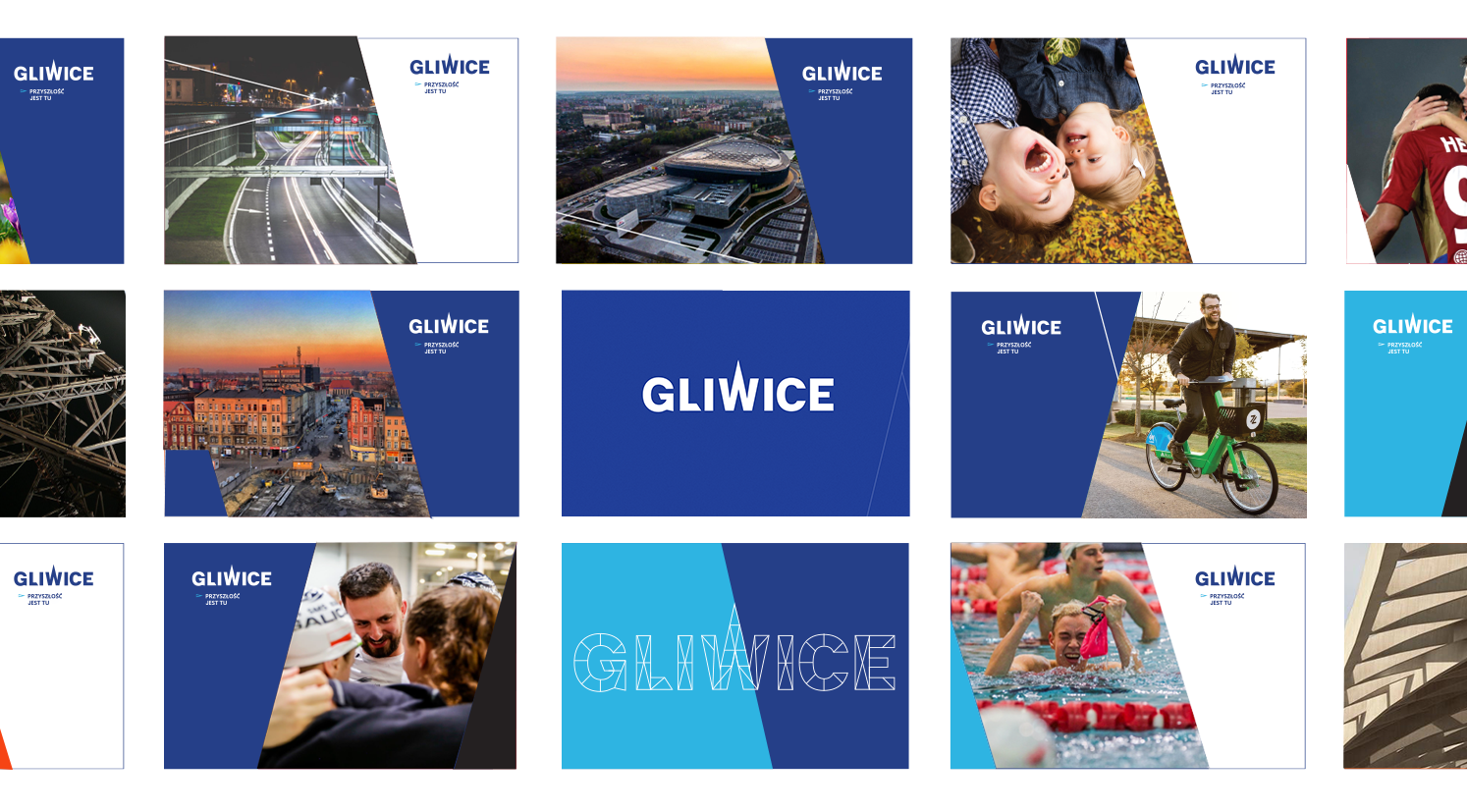 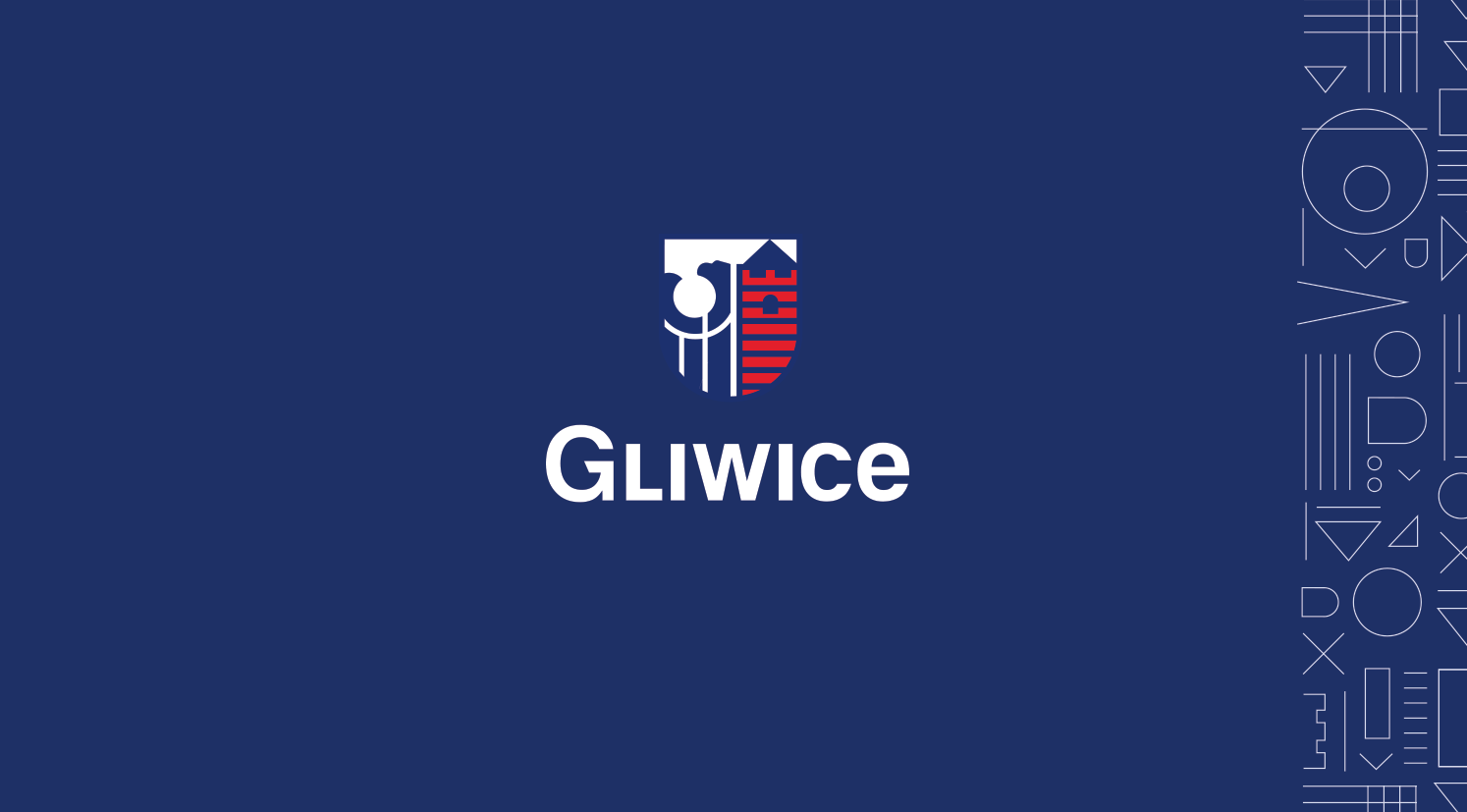 The fact that something did not work is undeniable and confirmed by the opinion of the public, as well as by the majority of experts in the industry. We can only wonder and try to guess if the fault lies in the way the work was organized, whether the city interrupted the process too much, or the problem was that Rio Creativo is a studio from Slupsk, not Gliwice.

It is hard for me to believe that the whole ”fault” lies on the side of such an experienced design stuio, the author of many very good projects.

This blog entry, really the first and hopefully not the last one, appears not without reason now, more than half a year after the September ”events” related to the publication and voting on the new Gliwice logo.

Mateusz Pałka from Gliwice, my partner at CHALLENGE and above all a specialist in the design of visual identification found time to present his vision of the visual identity of Gliwice. I envy the ability to organize time and at the same time congratulate a good project. 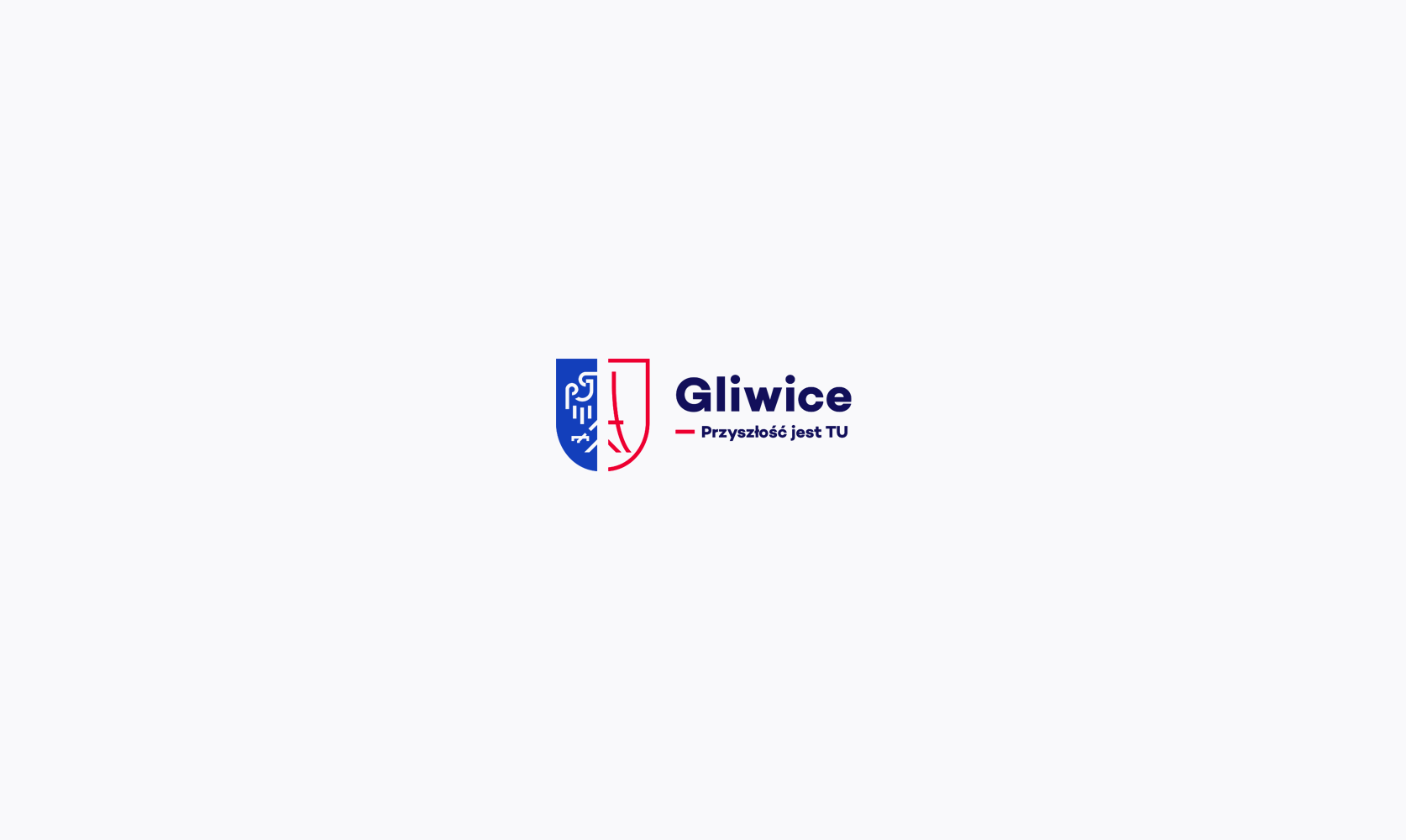 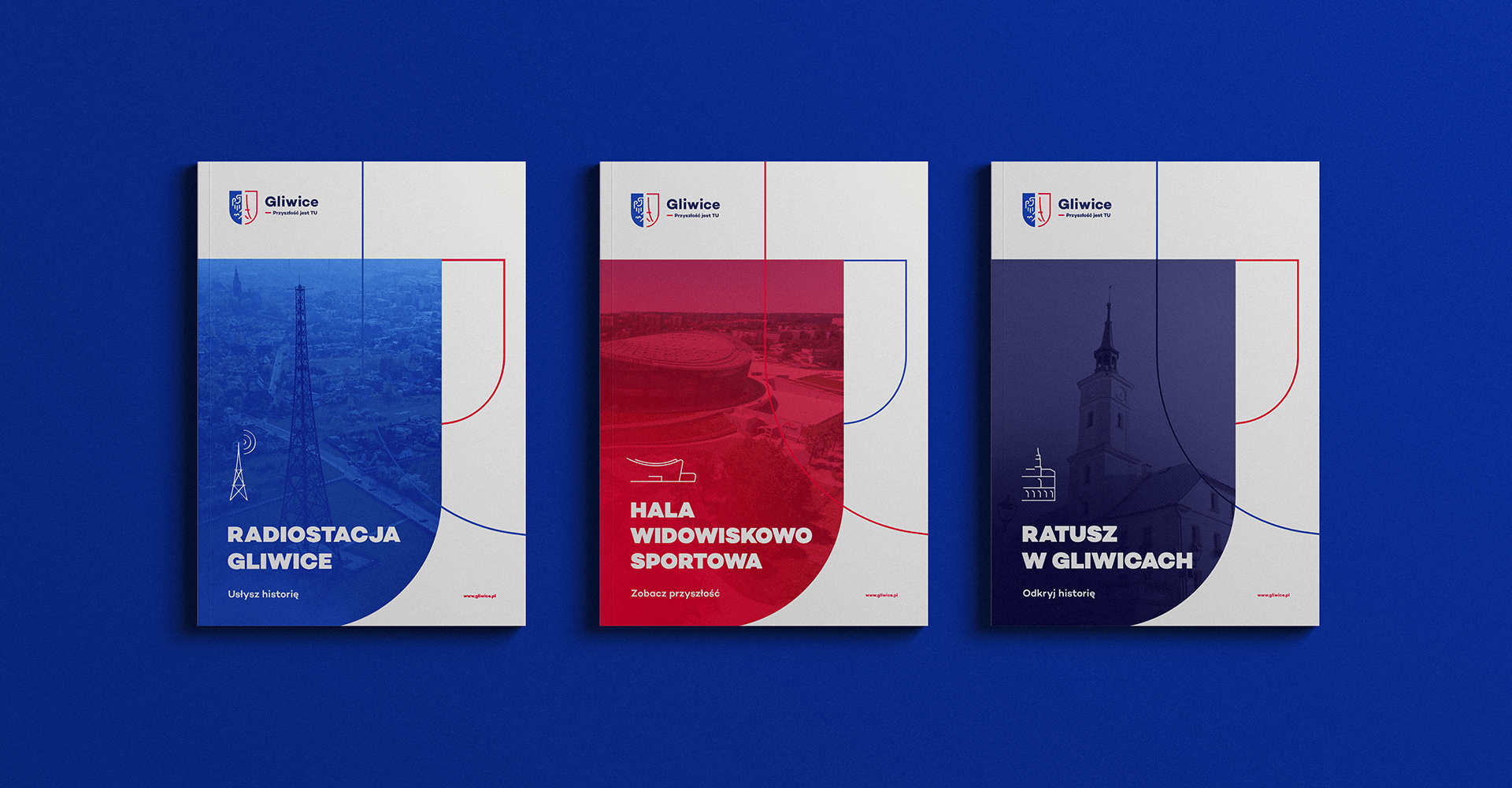 Mateusz, even without cooperation with the city, was able to prepare a proposal that is not only based on irrefutable values, but also has a very good technique.

I invite you to see the full presentation of the project on the website of Mateusz.

Is Mateusz a hundred times better graphic designer than all Rio Creativo put together? Under no circumstances.

Did Mateusz start from a better position because he was a witness of events from September 2017? Definitely yes.

Was the fact that Mateusz was a flesh-and-blooded person from Gliwice crucial? Probably yes.

Will Mateusz proposal be implemented in Gliwice? I will be surprised if so. Deep down, I hope that at least there will be a debate on this matter.

For now, we have to enjoy the positive reception of the project from the first day of its publication, as evidenced by numerous comments, including on the Nowin Gliwicki fanpage.

Drop me a line